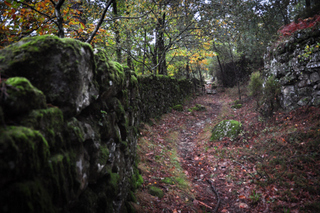 The Coentral Grande Village is located on the southern slop of Lousã Mountain and it’s one of the oldest villages of the County of Castanheira de Pêra. Until 2013 it was parish headquarter, being this year annexed to the Castanheira de Pêra Parish.

Although depopulated, there are traces of activity that during last century was developed by little industries of knitting and socks, that employ dozens of workers from the parish and from the county. Today just stay the picturesque aspect of villages and the natural beauty (walking tracks, streams and waterfalls), that are a permanent invitation for visit the village, the Lousã Mountain, Trevim and Sto. António da Neve. 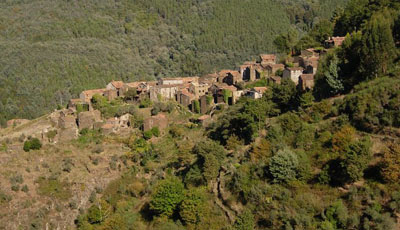 Talasnal, Casal Novo e Chiqueiro are villages nailed in Lousã Mountain, connected by history and culture, but above all by the genuine live of people. Restoring hoses and live conditions, the smiles are recovered what in these villages calls again who appreciate the houses leaning against narrow streets and fountains that sing the secrets of the mountain.

A little bit farther, and benefited by the privileged accessibility, the Candal village is considered the village most developed of all mountain villages, and one of the most visited. To its always habitants it’s frequent join them holidays and weekends occupants that came here searching pure air and good company. Not so far of Candal, and connected by an interesting track, rise up a village called Cerdeira, built on a rocky hill that accompanies the Ribeira da Cerdeira, and keeping the plane terrains to the agriculture. “This is a village that art and creativity helped to refund. n fact, at certain times of the year, this village is animated by thematic meetings that bring together art and botany.”

Discovering this Schist Villages is dive into the magical world of Lousã, embroiled in a luxuriant vegetation where lurk deer, roe deer, wild boar and many other species, some rare and protected. Here reigns nature, sensitive, which calls for respect. But it allows endless possibilities for leisure and active sports. Here we feel the pulse of the earth and their communion with the men when seen in the distance the villages. They seem to be born of the schist soil, naturally, how the trees. Today, all of us are its roots.

Inserted into Schist Villages network, this cluster of four villages of the Municipality of Gois – Comareira, Aigra Nova, Aigra Velha e Pena – is integrated in one panoramic road that link the villages with each other and with the highest point of Lousã Mountain, the Trevim.

It’s with the eyes in the high that we thank the existence of these memory-villages and their recent and progressive transformation in future-villages, calling to each other a new soul that the beautiful schist, by itself, can’t contain.

It’s obligatory stop here, and let yourself welcome in Social Center. The sympathy is so contagious like the landscape is serene. At south, the Trevim rise up, imposing, at 1204 meters of altitude. It’s good to know that, in the deep of these valleys, deer and wild boars still living like protected of the world. 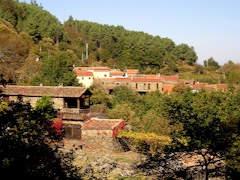 Near the top of the mountain on the west slope of the Lousã Mountain, stands of the ground the village of Gondramaz that lets glimpse through the vegetation, seeming to hover in the clouds. A cluster of stone houses stands out in the green landscape.

Gondramaz is distinguished by specific schist tone that surrounds us from head to toe. Even the ground that you step exemplifies the best handmade about work the stone. This is, in fact, a land of craftsmen whose skilled hands create charismatic figures that are brand of the mountain and carry with them the master and village’s name across borders.

Under the project of the Network of Schist Villages, this village has suffered in the last years profound works of rehabilitation that have made her one of the best examples of the Network: the built cluster gained cohesion, the houses rejuvenated and the village opens in strategic locations for the beauty of the mountain that surrounds it. Despite the vitality of the past have disappeared, the village has now emerged as an area of excellence, illustrative of the local culture of the connection to the mountains. 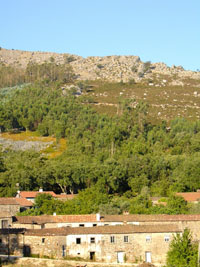 Perched on a quartz ridge on the extreme south of the Lousã Mountain, the schist village of Ferraria de S. João has as ex-libris the old animal shelters. Near Casal de S. Simão, this village takes advantage of the presence of new neighbours to recover old traditions, popular and religious festivals, where everyone is involved uniting efforts and participating.

Here you find how schist and quartz marry in a union so perfect that could only happen in Ferraria de São João. This Schist Village is close to another, the Casal de S. Simão, which you can go through a pedestrian track of enormous charm, now frequently used by old and new habitants.